We love what we do

Our team is comprised of a group of experienced entrepreneurs, industry experts and ambitious leaders, all with diverse backgrounds. We work hard to cultivate a strong culture and ensure we are constantly growing and thriving, all while making a positive impact. Our team comes from various leading technology innovators like Apple, Amazon, eBay, Facebook, Intuit, Paypal, Stubhub and Ticketmaster, as well as leading cultural institutions such as Exploratorium in San Francisco and The Metropolitan Museum of Art in New York.

When it comes to organizations like museums, attractions, wineries, and historic properties, our founders, Garrett Price and Echeyde Cubillo saw a huge gap in the market for recurring ticketing and event technology to support these venues. That’s when they decided to re-invent visitation. They developed an enterprise solution that integrates an organization’s multiple systems, including membership management, online and onsite sales. This led to the state-of-the-art platform we have today that is revolutionizing the way organizations do business and the way visitors interact with these organizations. 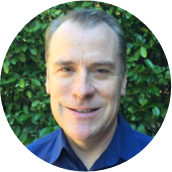 Chief Executive Officer, and Board Member

Bill is passionate about technology that improves people’s lives. He’s a technology leader with extensive global operating experience across consumer, enterprise and e-commerce environments. Bill was named ACME’s Chief Executive Officer and a member of ACME’s Board of Directors in September 2018. Prior to ACME, he was consulting and advising startups, non-profits and billion-dollar international technology firms.  From 2012 to 2016, Bill served as President, Chief Operating Officer, and Board Member at eHealth, Inc.. Prior to eHealth, from 2010 to 2012, Bill held the role of Senior Vice President of Product Management at Yahoo! Inc., From 1994 to 2009, Bill held various senior management positions at Microsoft Corporation, his last role as Global Vice President of Sales, Marketing and Services in the Advertiser and Publisher Solutions Group. Bill holds a B.S. degree in business administration from California State University – Fresno. Today, he is an active member of the Board of Governors at California State University – Fresno. 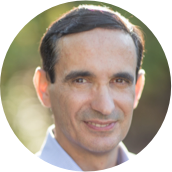 As co-founder of ACME, Echeyde’s a product technologist who thrives on turning ideas which solve real problems into reality.  No stranger to building software companies from the ground-up, Echeyde has shared his talents with a multitude of organizations.  As an integral player in eBay and Yahoo’s infancy, he helped to scale their technical systems. Echeyde also co-founded Bix which he sold to Yahoo; he also helped profitize Singlefeed which was later sold to Alibaba, and played a large role in pivoting Tello for its sale to Urban Airship.  Echeyde is a graduate of the Université Paris-Dauphine with a degree in Applied Math and Computer Science. 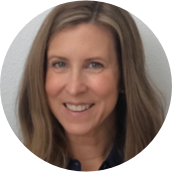 With a decade of ticketing experience, Erin joined ACME’s product team in May of 2015. As ACME’s head of product, Erin actively interacts with all of our internal teams and clients to curate our roadmap and improve future product development plans. Prior to ACME, Erin was Vice President of eCommerce at Ticketmaster. She has also held product leadership positions at Time Inc, and began her career in management consulting. Erin’s passion is solving problems and bringing features to life that will help our client’s success. 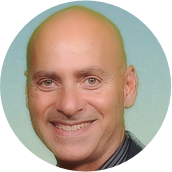 John Marra’s processes used in his personal passion and used in with his team since May of 2017 at ACME mirrors the success he’s brought to ACME’s Client Services team since May of 2017. With over 20 years of experience building and managing world class organization Client Services and Customer Success teams, John’s technology organizations include those with with CRM, ERP, Business Intelligence and Analytics. He has repeatedly grown small service departments from into global customer success organizations. Teams John has managed teams include OpenVision, Scopus, iXOS, Celequest, Cognos, and IBM. John, originally from Boston, earned his Computer Science degree from Stanford. 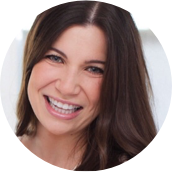 Kat leads our marketing and communication team at ACME.  On board since March of 2015, as an early employee, Kat has had the opportunity to be a part of ACME’s growth.  She has witnessed ACME’s product evolve into the powerful and dynamic platform that exists today. Throughout her ACME years, she’s spent her resources mastering the ticketing space and cultivating ACME’s client relationships. Kat has a professional history in customer success, concept development at early-stage startups.  Her prior experience includes media work for the NBA and public relations at consumer-based companies. Her work at ACME focuses on ACME’s culture, brand identity, content marketing, social media, press and thoughtful leadership. 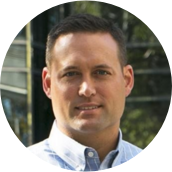 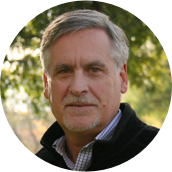 Stuart has been ACME’s Chief Financial Officer since September 2018. Before joining ACME he served as CFO of SunBasket, Inc., a consumer internet business, as well as consulting for various technology firms throughout 2017. Prior to SunBasket, Inc., Stuart served as Senior Vice President and CFO of eHealth, Inc. from May 2000 (their start), through their initial public offering in October 2006, and then as a public company for a decade (September 2016). While at eHealth, Stuart led finance, HR, investor relations and internal IT functions. Prior to eHealth he was a partner with Arthur Andersen LLP, audit business unit, where he also served as a worldwide expert in their technology practice, primarily in software and internet practice. Stuart has served as a board member and audit committee chair on the board of directors of QuinStreet, Inc., a public company in the digital marketing space from April 2015-present.

How can we help you?